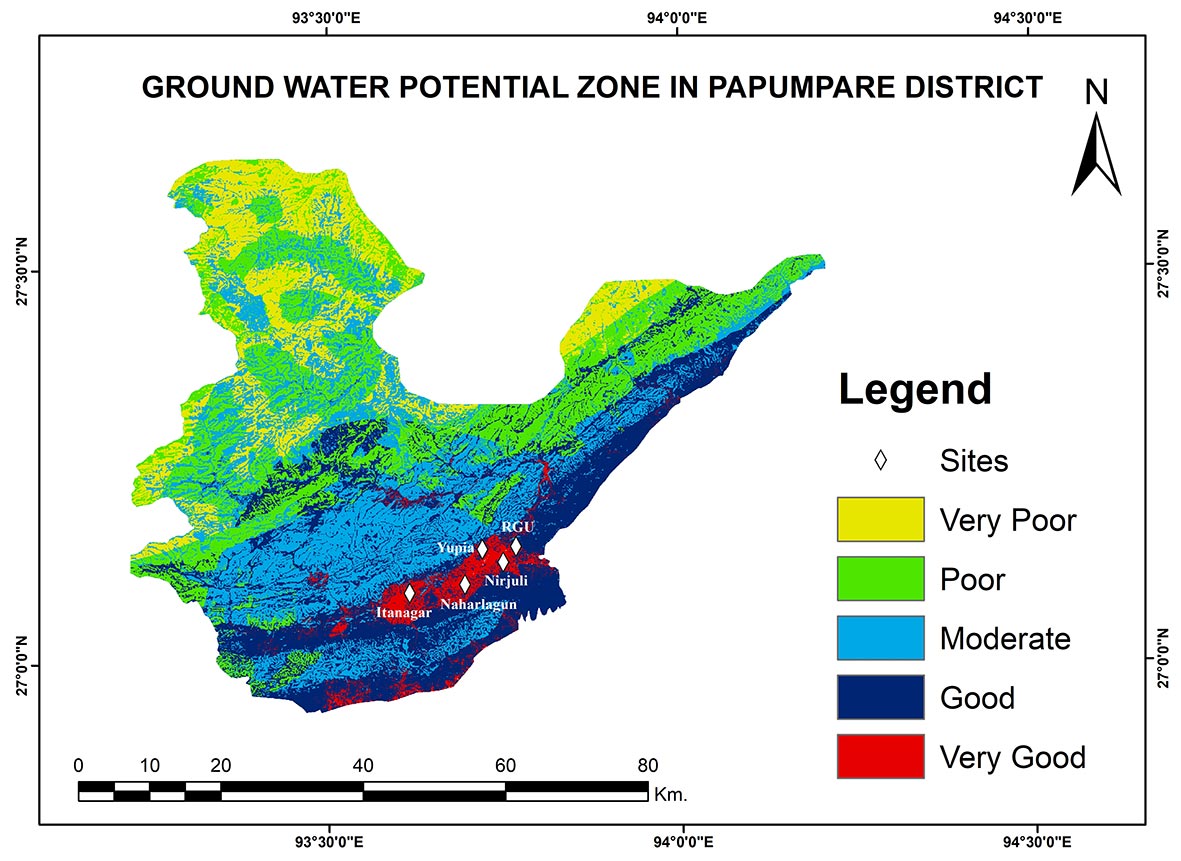 RONO HILLS, Dec 18: Four PhD scholars of Rajiv Gandhi University (RGU) have delineated groundwater potential zones of Papum Pare district using geospatial techniques.
The scholars raised concern over the water contamination and pollution due to anthropogenic factors, especially in the capital complex region. The Central Groundwater Board, North East Region in 2015 has also reported that the streams flowing in the capital region is highly contaminated and the water in the Doimukh and Nirjuli area beyond permissible limit and
not suitable for drinking, they said.
The study was carried out by research scholars Tashi Dorjee Bapu, Bikash Jyoti Gautam, Krishna Chetry and Ranjit Mahato of the geography department as part of the mini-project tilted ‘delineation of groundwater potential zone in Papum Pare district, Arunachal Pradesh using geospatial techniques’.
The study was carried out using various parameters to delineate the potential zones. They were trained by Dr Nilay Nishant, Scientist, North East Space Application Centre, Shillong for such analysis and mapping.
The scholars reported that only 3.39% of the total area of Papum Pare comes under High Potential zone. The entire area from Banderdewa to Itanagar falls under good to very good category, they said, but raised concern over high rate of deforestation which may affect the groundwater potential in the long run.
Informing that RGU has been categorized under the moderate potential zone, they cautioned that “if not used sustainably and proper management is not applied the groundwater level in this region may deepen by half in next few decades.”
They suggested for artificial groundwater recharge, plantation and preservation of swamps and marshy lands for maintaining an optimum level of groundwater in the area.