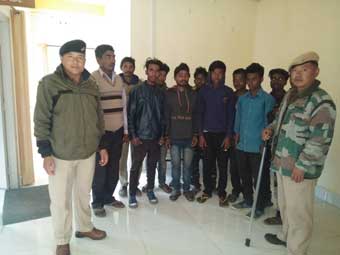 ITANAGAR, Jan 9: Altogether 125 inner line permit (ILP) violators were detained in different parts of West Kameng district during an ILP checking drive conducted by the police on Thursday.
The state government recently directed all the district administrations, particularly the police, to be strict with ILP checking, in view of the Citizenship Amendment Act.
West Kameng SP Raja Banthia informed that 51 ILP violators were detected in Rupa, besides 18 each in Bomdila and Bhalukpong, 17 in Balemu, 12 in Kalaktang, and nine in Dirang.
All the defaulters were charged under the BEFR Act and produced before the Singchung executive magistrate, who ordered that they be deported beyond the ILP check gate, the SP added.