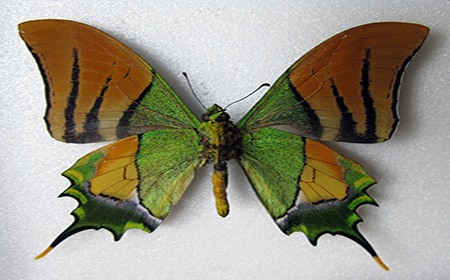 ITANAGAR, Jan 10: The 22nd State Board for Wildlife (SBL) that met on Friday evening under the chairmanship of Chief Minister Pema Khandu resolved to recommend wildlife clearance for the much-awaited Miao-Vijaynagar road in Changlang district, which passes through the famed Namdapha Tiger Reserve.
The board accepted the proposal to realign the road at two stretches – which would help reduce the length of the road considerably – owing to “unfeasibility of maintenance along the said two stretches.”
The board accepted the proposal of the executing agency for inclusion and implementation of the mandatory animal passage plan and other measures in line with the national tiger conservation plan.
As per procedure, now the board’s recommendation will be submitted to the standing committee of the National Board of Wildlife, which will finally recommend the wildlife clearance for the project.
Recommendations for wildlife clearances were also
approved for submission to the NBWL for the Pakke-Seijosa-Itakhola road – a portion of which falls within the buffer zone of the Pakke Tiger Reserve in Pakke-Kessang district – which will connect eight villages in Seijosa subdivision.
Widening the Roing-Hunli road (which falls within the eco-sensitive zone of the Mehao Wildlife Sanctuary), seeking clearance for the Rillo-Seijosa 132 kv transmission line, and improving the Hukanjuri-Khonsa road (from 0.0 km to 10.611 km) were also recommended.
Before giving the nod, the board members discussed the proposed mitigation plans for all of the projects mentioned.
The board also accepted the proposal to declare the Kaiser-i-Hind (Teinopalpus imperialis), a rare butterfly found in the state, as the state butterfly.
As declaring an official state representation would require a government notification, Khandu requested the department to send the proposal to the cabinet in its next sitting.
Meanwhile, various members of the board raised issues pertaining to their respective jurisdictions. While rampant logging, poaching and hunting were brought to the board’s notice, suggestions were made for ban on issuing licence for all firearms except small arms like pistol, which can only be used for self-defence and not hunting.
A member also suggested that “strict directive may be sent through the respective deputy commissioners to all government employees not to indulge in hunting.”
The matter of facilitating de-reserving parts of sanctuaries or parks where people are living since years or where villages and towns have developed – for example in places like Seijosa and Bhalukpong – was also put forward.
One of the members, representing the Daying Ering Wildlife Sanctuary (DEWS) near Pasighat, raised the decades-old issue of overgrazing of the forest land by cattle entering from nearby Assam. He claimed that the number of cattle coming in from Assam has grown to thousands, “which has turned the outer periphery of the sanctuary, which was once a huge grassland, into a barren land.”
He said “the state government needs to take up the matter at the highest level as the concerned divisional forest office is not the competent authority.”
Another issue he raised was that an embankment which is to come up on the left bank of the Siang river for flood protection in Sigar village “would have a negative fallout on the DEWS, which is already losing its land to the Siang during floods.”
He called for adopting “an alternative protection work for the sanctuary along with the embankment on the left bank.”
Meanwhile, Khandu along with MLA Laisam Simai and Chief Secretary Naresh Kumar released a book titled Elephant Distribution, Corridor and Potential Habitat. The book, which is in Atlas form, is authored by DCF (Wildlife) Umesh Kumar and Dr Surendra Varma.
The meeting was attended by all top state wildlife officials headed by PCCF MS Negi, and representatives of the police, the horticulture, the agriculture and the fisheries departments and the World Wildlife Fund. (CM’s PR Cell)