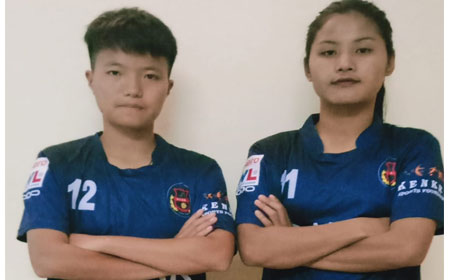 ITANAGAR, Jan 25: Techi Askung and Achom Degio from Arunachal Pradesh are all set to play in the Indian Women League (IWL), the highest league of women’s football in the country.
Askung and Degio have been signed by Maharashtra based I-League club Kenkre FC for the upcoming IWL being organized by the All India Football Federation.
Nabam Kamyi was the first girl from the state to play in IWL. She played for FC Kohlapur City last year.
Though she was part of FC Kohlapur City this year also, she would not be able to participate due to health problem.
All three girls are the product of Itanagar based Capital Complex FC.