[ Nellie N Manpoong ]
ITANAGAR, Feb 15: The Arunachal Pradesh Staff Selection Board (APSSB) has come under public scrutiny and is receiving criticism after a suspicious optical mark recognition (OMR) sheet was seen doing the rounds on social media soon after the results of the exam for lower divisional clerk (LDC), junior secretariat assistant (JSA) and other posts were published on its website on 14 February.
The OMR sheet in circulation bears the roll number 2025546, with the question book series C. None of the markers has been shaded in the multiple-choice answer sheet, implying that the candidate had left the answer sheet blank. However, the candidate bearing the roll number 2025546 has been shortlisted for the skill test as per the result declared on Friday.
While it is not clear when the photograph of the sheet was taken or who took it, APSSB Secretary SK Jain informed this daily that “the SSB is seriously investigating this case.”
He did not respond to queries on whether the current result would be withheld or whether fresh results would be released on a later date.
On 20 December, 2019, the APSSB had issued an addendum and published an advertisement for a total of 125 posts of LDC, JSA, stockman, record-keeper, etc. The common examination for the same was held on 2 February in various districts across the state, and the results were declared on 14 February on its website.
A total of 315 candidates, including the one whose OMR sheet is alleged to be suspicious, have been shortlisted for the skill test. 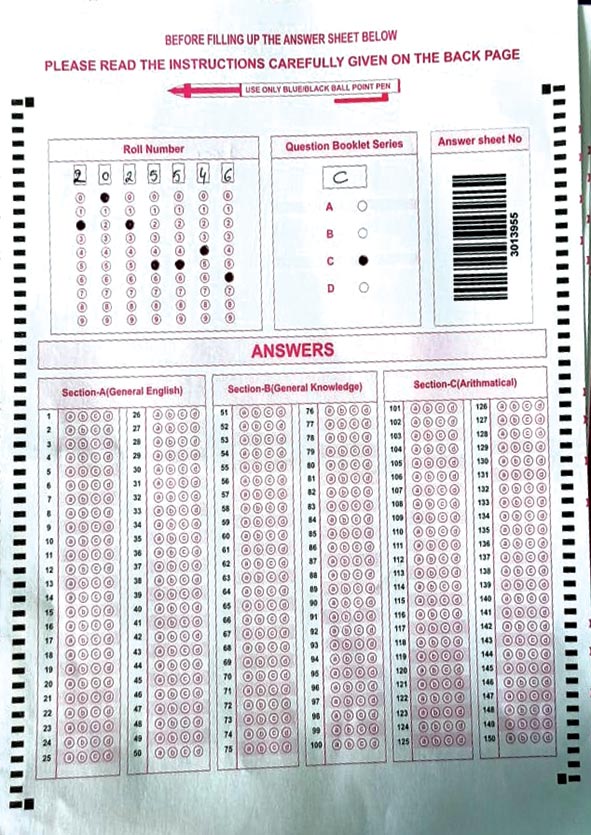