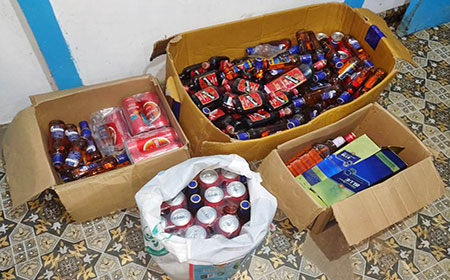 KHONSA, Feb 19: Police seized a good quantity of illicit liquor from three shops during a raid conducted in Pullung bridge area near here in Tirap district on Wednesday.
A total of 40895 ml of Indian made foreign liquor (IMFL), including beer, was seized during the raid, informed SP Kardak Riba.
A case has been registered against the shopkeepers under the state Excise Act.
Tirap Deputy Commissioner PN Thungon cautioned the shopkeepers to refrain from such illegal activity, or else their trading licences would be cancelled. (DIPRO)