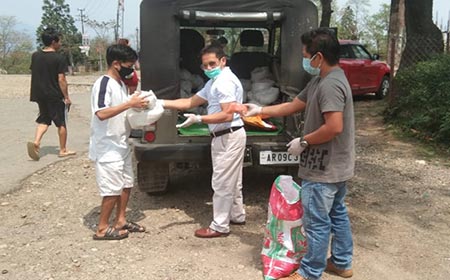 ITANAGAR, Apr 6: The academic board of the Adi Ba:ne Kebang (ABK), in collaboration with the East Siang district administration, on Monday distributed ration items to the stranded students from various districts studying in Pasighat.
Basic ration items, such as rice, potatoes, daal, mustard oil, etc, were distributed to 120 students from various districts, including Shi-Yomi, Upper Siang, Siang, West Siang, Lower Dibang Valley, Dibang Valley, Lohit, Tirap, Changlang, Namsai and Longding, by a team headed by the relief distribution programme chairman, Dr Temin Payum.
“The distribution of ration will continue in the subsequent days also,” he said.
“The effort is to extend help and support to our students stranded in Pasighat from all districts of Arunachal Pradesh,” said ABK’s education secretary, Dr David Gao.
He informed that the district administration and the ABK’s academic board have sanctioned Rs 50,000 and Rs 1 lakh, respectively.
Contributions have also been made by organizations like the Donyi Polo Yelam Kebang Central Wing, the Silver Lining Institute of Studies, Pasighat, and generous individuals, Dr Gao said.
He appealed to “likeminded individuals and organizations” to come forward and support the initiative. 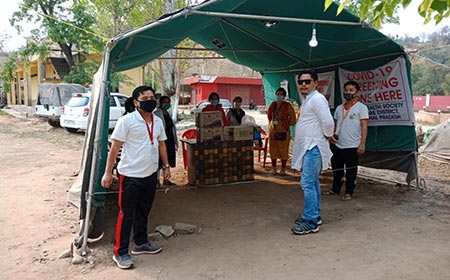 Members of NGO Being Arunachalee (BA) provided food and refreshments to police personnel, paramedics, stranded labourers and villagers in areas like Doimukh, Yupia and Hollongi.
BA chairman Ringu Kuku informed that they will soon contribute medical equipment also to the officials.
“This is a small contribution from our side. Everyone should join hands and help the administration in the battle to save humanity,” he said. 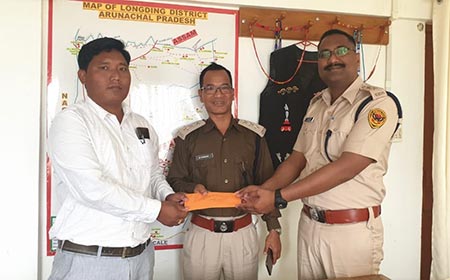 In Longding district, Lemkai Rangkham, of Chanu village, who owns LK Enterprise, donated Rs 50,000 to the district’s police welfare fund to assist the frontline workers in combating Covid-19.
Lemkai, who handed over the cheque to SP BR Reddy at his office in Longding on Monday, said he would also bear the expense of procuring rice under the PDS for the fair price shop in Chubom block for a month. (With DIPRO input)