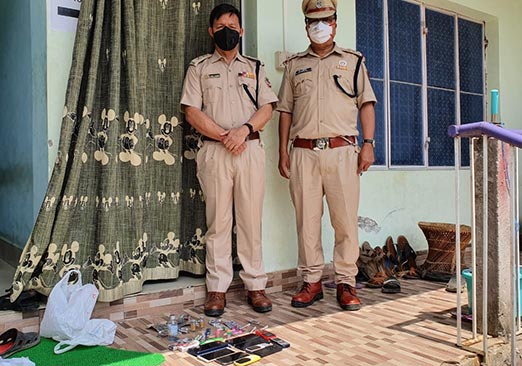 ITANAGAR, Apr 12: A team of the capital police led by SP Tumme Amo on Sunday raided the residence of a drug peddler near the DC office here and arrested two persons.
The SP informed that the husband-wife duo, who themselves are drug addicts, were selling drugs to others.
“We will take both into custody and investigate the matter. They were staying in a rented house and were selling drugs. At the time of the raid, some customers were also caught by us,” he said.
“Drug users are getting desperate and adopting various tactics to avail drugs,” the SP added.