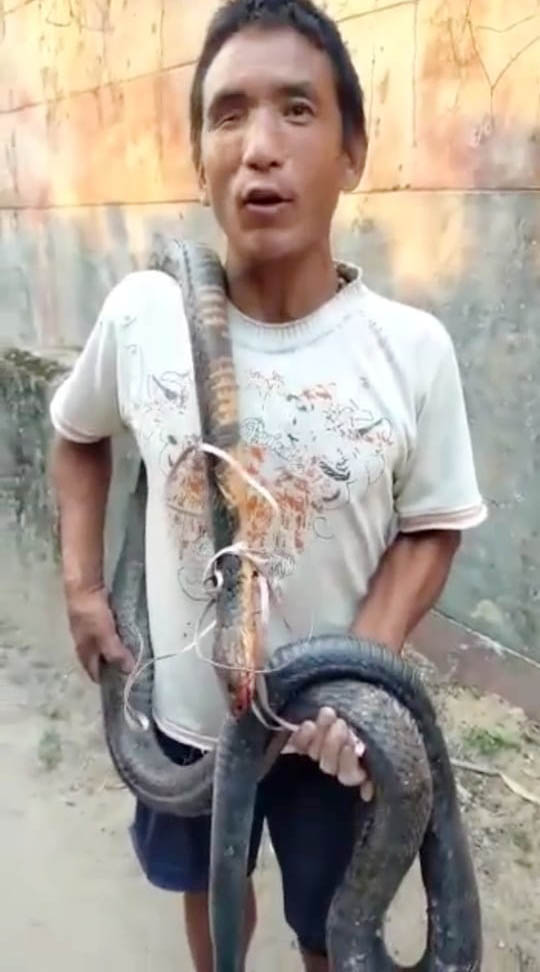 [ Tongam Rina ]
ITANAGAR, Apr 18: There are reports of increased wildlife hunting after the state was locked down on 23 March, following the outbreak of Covid-19 in the country.
Though wildlife hunting is widely accepted in the state as it is tied to tribal rituals and cultural practices, officials of the forest department say that it has become unmanageable now as many are heading to the forests because they have nothing else to do.
“We don’t have control over community forests, but now it has reached the areas under the forest department,” one of the officials said.
“The lockdown has come as a curse to the forests as many who habitually do not hunt are also out in the forests with sophisticated weapons,” said an officer of the department.
“Hunting right now is not only about wildlife protection, but there is huge health risk involved,” said another.
The fear is not unfounded, as researches have already proven that many of the infectious diseases, including Ebola, HIV and swine and avian flu, are zoonotic. Even as studies are ongoing, there is a consensus among the scientific community that Covid-19 is zoonotic and it jumped from animal to human.
Most of these diseases are linked to biodiversity destruction.
None of the officers this daily spoke to wanted to give their identity, fearing reprisal from community members and the bosses of the forest department.

Three persons who killed a king cobra near T igdo area in Papum Pare district have been identified.
The king cobra is a protected reptile under the Wildlife (Protection) Act, 1972; therefore killing it is prohibited under the Indian law. It is a non-bailable offence.
When contacted, Umesh Kumar, the state’s deputy chief wildlife warden, said forest department officials visited the village in Pachin Colony but could not arrest the trio as the villagers surrounded them.
The forest department officials had to retreat and seek the help of the police.
A house-to-house search was carried out, but the three persons, who are seen handling the dead snake in a video, could not be traced, Kumar said.
“We tried our best but the accused went missing. Efforts are on to trace them,” the officer said.

Principal Chief Conservator of Forests (PCCF) Ajai Saxena, an IFS officer of the 1984 batch, dismissed the report that hunting is taking place in the state.
Instead he asked this daily to give him the details of the officers who spoke to this reporter, and photographic evidence of the hunted animals.
Saxena said that “the forest department cannot do anything if hunting is going on,” but added that forest officials are on the field.
He said he does not speak to the media, and refused to share information about the steps being taken by the department to put an end to large-scale hunting.