TATO, May 28: Duyor Komi, a centenarian and one of the prominent elders of Shi-Yomi district passed away at his Rego village residence in Shi-Yomi on Wednesday last following old-age related ailments. 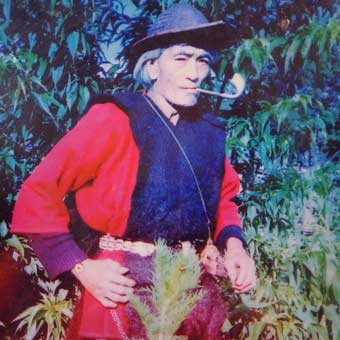 He was amongst the first gaon burahs of the area.
Late Komi was immensely respected for his wisdom and efficiency in tackling cases pertaining to various local issues. He had also advocated for education of girl child and was the first person from the area to send his daughters to Banasthali Vidyapith, Rajasthan for better education.
Late Komi is survived by three sons, six daughters and many grand children.
State legislative assembly speaker Pasang D Sona has deeply mourned the demise of Duyor Komi.
In his condolence message, the speaker said, “Late Duyor Komi was an experienced and efficient GB and social worker, who made lots of contributions for the people of the district in particular and state in general.”
The speaker conveyed his heartfelt condolences to the bereaved family and prayed to the almighty for the eternal peace of the departed soul.
Meanwhile, friends and well-wishers also deeply mourned the demise of Komi and said that his passing has created a vacuum in the society, especially among the Adi community which will be hard to fill.