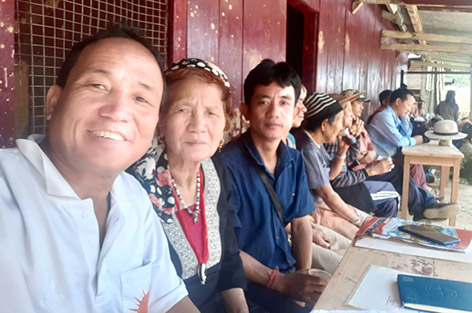 DAPORIJO, Jun 6: The residents of Dasi village in Chetam administrative block of Upper Subansiri district have appealed to the deputy commissioner to ban the use of air guns and hunting of wildlife in their village.
The villagers made the appeal in view of the random and unmindful hunting of wildlife for meat.
Wild animals, particularly deer, are the most hunted animals, and the population of the animals is declining sharply in the jungles of Upper Subansiri, they said.
“Many wildlife species are disappearing from the jungles of Upper Subansiri due to random hunting.
Even the tiny birds are not being spared,” said Dosh Dasi, a village elder and wildlife lover.
“Chirping of birds can now hardly be heard in our village,” he said.
Some of the birds and animals hunted in Upper Subansiri are jungle fowl, rose-ringed parakeets, yellow-footed green pigeons, green imperial pigeons, coppersmith barbets, wild boars and squirrels, Dasi said.
He said deer and some rare and exotic birds, like pheasants, are openly sold in the markets of Daporijo.
According to him, a pheasant fetches the sellers around Rs 2000 while venison is sold at Rs 1000/kg.
Stating that air guns are being used for hunting birds, the Dasi village level committee (VLC) urged the DC to ban the sale of air guns in the district and seize all the guns that are found to be used for hunting birds and other wild animals.
Informing that the villagers (of Dasi) in a recent meeting decided to put a blanket ban on hunting of wildlife in their village for six years, the VLC’s interim committee member, Koje Rebi Dasi urged the DC to instruct the DFO to establish a forest check gate at the Chetam-Taliha road junction in Sippi village and deploy forest officials and guards to check wildlife poaching and hunting.
The VLC has also decided to impose a fine of Rs 30,000 on violators, besides lodging complaint with the police.