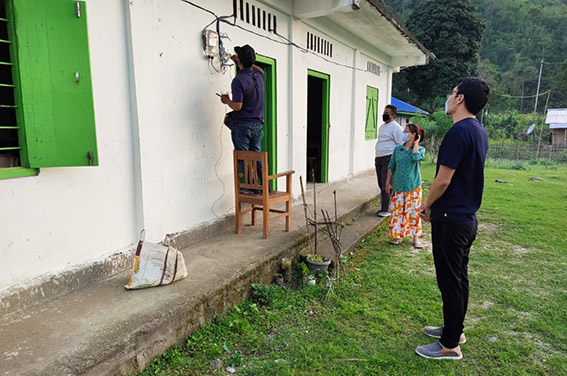 ITANAGAR, Jun 8: In an altruistic gesture, the government officers posted at Yazali in Lower Subansiri district made voluntary contributions to electrify the government middle school in C Sector there.
The initiative was led by Yazali CO Tashi Wangchhu Thongdok and supported by the executive engineers of the PWD, the RWD and the WRD, the AE of the power department, JEs of the PWD and the PHED, the range forest officer, and the Baath Heli Society.
The school has over 380 students, and is one of the best performing schools of Yazali.
Earlier, the team of officers led by the CO had contributed towards providing a separate electricity line to the girls’ hostel of the higher secondary school in Yazali. Immersion rods for heating water were also distributed among the students.