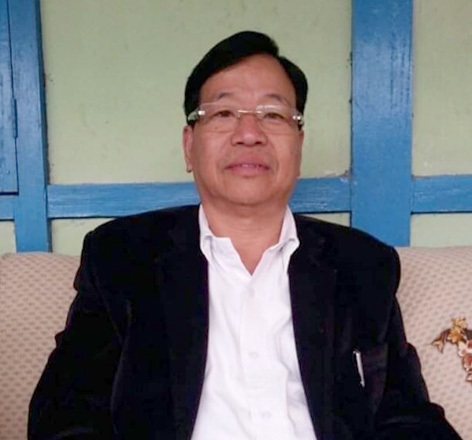 ITANAGAR, Jun 22: Taro (Shi-Yomi) ADC Tuli Gamkak passed away in West Siang HQ Aalo on 22 June after prolonged illness. He was 53, and is survived by his wife, a son and a daughter.
The Confederation of Service Associations of Arunachal Pradesh (CoSAAP) has deeply mourned the untimely demise and offered condolences to the bereaved family.
In a message, it recalled Gamkak as “a very vocal, straightforward and dedicated administrator, as well as a proactive social worker.”
After graduating from JNC, Pasighat, in 1987, Gamkak did his post-graduation from RGU (then Arunachal University) in 1989. He cleared the APCS exam in 1994, and was appointed as a circle officer. He was posted as the ADC of Taro at the time of his demise.
Praying to the almighty to grant strength to the bereaved family to bear the irreparable loss, the CoSAAP appealed to the state government, “particularly the general administration department, to render immediate relief services, including providing a compassionate appointment in government job to a bereaved family member of late Gamkak.”
Assembly Speaker Pasang D Sona also deeply mourned Gangkak’s demise.
“I am deeply shocked and saddened by the news of the passing of ADC Tuli Gangkak this morning at Aalo. He was a humble and hardworking APCS officer. His sudden departure is a huge loss to our Shi-Yomi district in particular and the state in general. My heartfelt condolences to the bereaved family,” the speaker said.
Sona also prayed to the almighty for eternal peace of the departed soul.