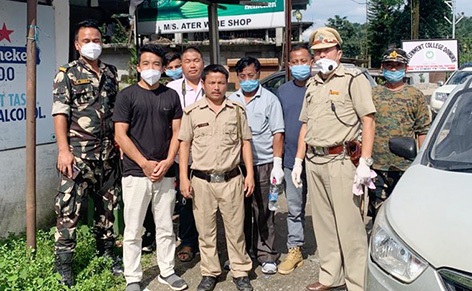 DOIMUKH, Jun 22: A team of the Papum Pare district legal metrology department, led by Inspector Debia Tana, booked five shopkeepers in the town market, Rono Hills, the NEEPCO trijunction and Kolla Camp in Doimukh area on Monday for selling packaged commodities at prices higher than the MRP or the rates fixed by the government.
The team also found two liquor shops selling IMFL and other alcoholic beverages in excess of the rates fixed by the government. The traders were booked for violating provisions of the Legal Metrology Act, and seven crates of IMFL were seized from their possession.
The team also booked four traders for selling milk products, aerated cold drinks, etc, at exorbitant prices, and seized sample products.
The team was accompanied by members of the Consumer Rights Organization and personnel from the Doimukh police station.