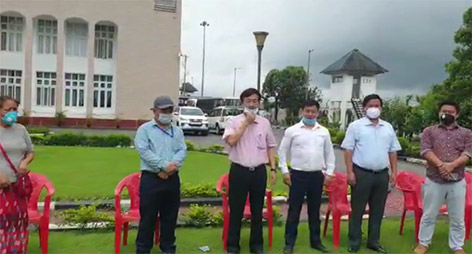 ITANAGAR, Jul 14: MP Tapir Gao on Tuesday launched ‘Organic Thailand Lemon’, being promoted by the Green Gold Group based in Tarajuli in Papum Pare district.
The seedless lemon is of Thai origin and is being locally grown in farms in Tarajuli promoted by progressive farmer Likha Maj.
Speaking on the occasion, Gao termed the launch “historic” for the state.
“This is a part of the ‘Vocal for local’ initiative being espoused by Prime Minister Narendra Modi. I congratulate the promoter and his team for the success,” said Gao.
The MP also informed about the mega food park which is coming up in Banderdewa.
“Arunachal Pradesh is the only state in the whole of NE region to get a food park project from the government of India. Once completed, it will become one of the most important infrastructure projects of the state and will employ thousands of people,” he said.