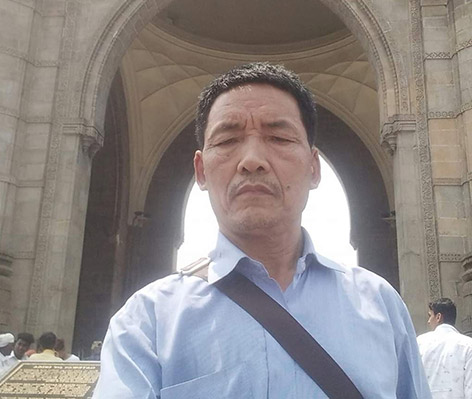 ITANAGAR, Jul 21: Renowned teacher Bengia Takar, who was last posted at the government primary school in Rono, Doimukh, passed away on 20 July.
He was 52, and is survived by his wife, two sons and two daughters.
Takar, who was popularly known as ‘Tokur sir’, was conferred the ‘best teacher’ award
by the state government in 2011 in recognition of his dedication and sincerity towards his profession.
Born in 1968 in Hoj village in Papum Pare district, Takar joined the teaching profession as an assistant teacher in 1988, and was posted at the Duchak primary school in Taliha, in Upper Subansiri district. Later he taught at several schools, including the primary schools in Balapu, Emchi, Hoj, Sengri, Rono, etc.
He did his schooling at the government primary school in Hoj in Assamese medium, and completed his matriculation and Class 12 from GHSS Doimukh in 1985 and 1987, respectively.
One of the founder executive members of the Nyishi Indigenous Faith and Culture Society, Takar was also actively involved in the Nyedar Namlo movement.
The Papum Pare district unit of the Arunachal Teachers’ Association (ATA) expressed shock and grief over the untimely demise of Takar.
“He was sincere, dedicated and dutiful person of the education department,” the ATA unit said, and prayed for eternal peace of the departed soul.
It also conveyed condolences to the bereaved family.