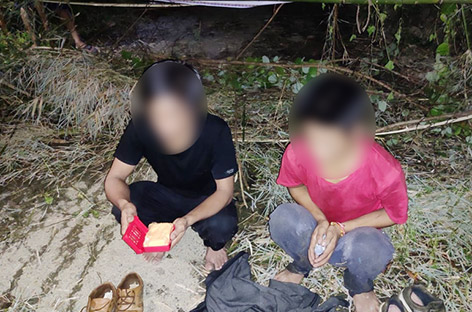 KANUBARI, Jul 25: Two drug peddlers were arrested by the police from Dasatong village here in Longding district on Friday.

The duo has been identified as Wangjing Wangsu (25), of Longsom village, and Jumpe Riba (19), from Police Colony in Longding.

A red box containing approximately 13.90 grams of suspected brown sugar was recovered from their possession.

It was revealed during investigation that the duo had bought the drug for Rs 30000.

Both have been booked under the NDPS Act and were produced before the JMFC court in Longding. (DIPRO)