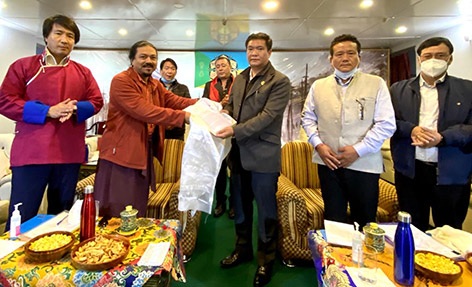 (Note: We have updated this report as it has been clarified that Chief Minister did not attend the meeting in person. However, a copy of the memorandum was submitted to him by the Committee.)