ITANAGAR, Jul 30: The Arunachal Pradesh Congress Committee (APCC) has deeply mourned the demise of veteran Congress leader and APCC vice president Tachu Hina, who passed away on 30 July at the district hospital in Daporijo after suffering a sudden stroke. 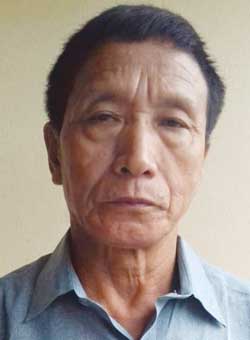 “Late Hina was a very simple, kindhearted, hardworking man of principle and a veteran, loyalist, vibrant and promising leader of Indian National Congress party,” the APCC stated in a release.

Hina had served the party since 1978 in various capacities, and was the APCC vice president from 2017 till the time of his passing.

He leaves behind his wife, three daughters and three sons.

“His untimely demise is a great loss for the Congress party in particular and for the people of Upper Subansiri district in general,” the APCC said, and conveyed heartfelt condolences to the bereaved family.

Faleiro described Hina as a dynamic leader of Arunachal who was widely loved and respected by all those who worked with him.

“He performed all the responsibilities bestowed upon him by the party with great dedication until his last breath. Please accept my heartfelt condolences on my personal behalf and on behalf of the Congress party,” Faleiro stated in a condolence message to Hina’s wife, Yania Hina.

“I pray to the almighty to grant you and the family the strength to bear the very personal and unbearable loss,” he said.

Our correspondent adds: The Tagin Cultural Society (TCS) has expressed deep shock and profound sorrow over the untimely demise of Tachu Hina, who was popularly known as Kokai Chachu.

Tachu Hina was born on 5 May, 1964, in Hina village in Chetam circle of Upper Subansiri district, and did his primary schooling in Sippi. He completed his matriculation in 1979 from the government higher secondary school in Daporijo.

He was the first student from Sippi LP School to complete his graduation. He obtained his graduation from Jawaharlal Nehru College under the Punjab University in 1983.

In a condolence message, the TCS said, “Late Tachu Hina was the doyen of social work and the harbinger of educational and youth movement in the Tagin community at a time when education did not take root in the region. The contributions of late Hina in promotion and preservation of indigenous culture and faith will always be fondly remembered by the people in the centuries to come.”

“Unlike many of his friends, despite having wide opportunities to become a government officer, he chose to devote his life for the cause of his own people as a social worker and, true to his noble ambition, he served the society in particular and the state as a whole throughout his life with impeccable public image. As far as his social service is concerned, he was an institute himself,” the message read.

The untimely demise of such an illustrious social worker is an irreparable loss not only to the Tagin community and Upper Subansiri district but also to Arunachal as a whole, the TCS said.

It prayed to almighty Atu Si and Ayu Donyi to bestow enough strength on the bereaved family to withstand the trying time, and for peace of the departed soul in his heavenly abode.

The alumni association of the government higher secondary school in Daporijo offered thoughts and prayers to the bereaved family of Hina, who was also an active member of the association.

“His valuable suggestions, voluntary services, selfless work and contributions to his alma mater will always be remembered,” the association said in a condolence letter to late Hina’s family.