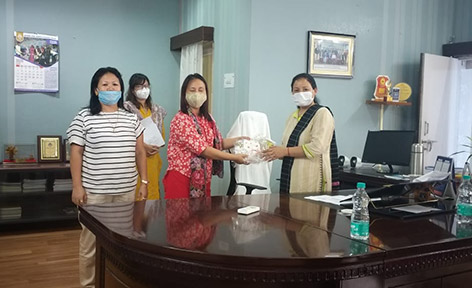 The society advocated “smooth coordination” with the APSLSA, “so that justice reaches people at the grassroots.” It also requested that APWWS members who are working at the grassroots level in various districts be included in the virtual training programmes organized by the APSLSA, so that the members are equipped and understand the latest provisions of the laws related to women and children.

It said training on various schemes related to the welfare of women and children and the provisions of the Narcotic Drugs and Psychotropic Substances Act need to be imparted.

The APWWS team, led by its secretary-general Kani Nada Maling and social services coordinator Mamoni Riang, handed over homemade masks to the APSLSA member secretary for distribution among its staff and paralegal volunteers.