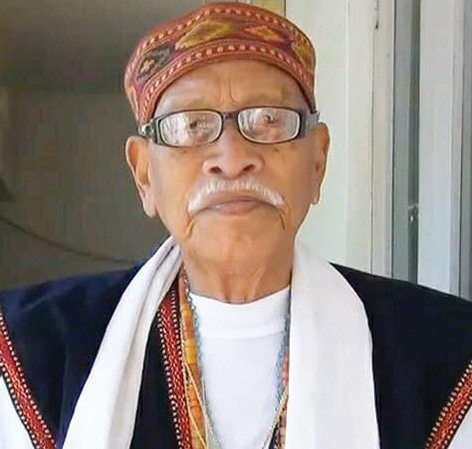 Late Lowang, popularly known as Tedong (Great grandfather), was the first person from the undivided Tirap district to work under the British before India’s independence. Late Lowang retired on superannuation as political assistant in the year 1981 from the DC’s office, Khonsa.

Assamese medium in a private school at Joypur (Assam) and studied up to class-IX at Sadiya, and returned back home in the year 1928.

Late Lowang had worked as political jamadar for eight years (1938 – 1946) under the British government and participated in British Japanese War during 1944-1945.

His first son and former minister TL Rajkumar is on the way to Panshumthong from Bangalore.

One of his grandsons, Gautam Sawang is the DGP of Andhra Pradesh and his youngest daughter Chanyuak Rajkumari is serving as Assistant Director of Textile & Handicrafts in Tirap district.

His last rites will be performed on 20 August at Pansumthong village. (DIPRO)