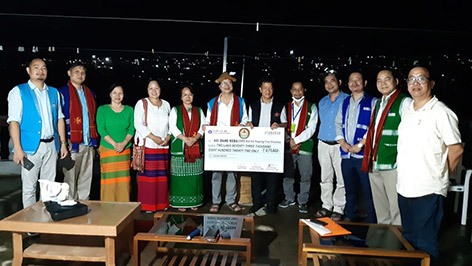 ITANAGAR, Aug 21: The Galo Welfare Society (GWS) on Friday handed over Rs 2,73,882 as aid to the families affected by the fire which had occurred in Kaying village, in Siang district, on 25 March this year.

Around 54 houses along with a community hall were reduced to ashes in the fire.

Expressing gratitude to the GWS on behalf of the ABK and the affected families, ABK president Getom Borang said the GWS’ gesture would “go a long way in paving more bonhomie between the two tribes.”

ABK Siang district unit president Taho Mibang also expressed appreciation for the GWS for its support and said, “The support of GWS shall always be remembered and gratified by the Adi community.”