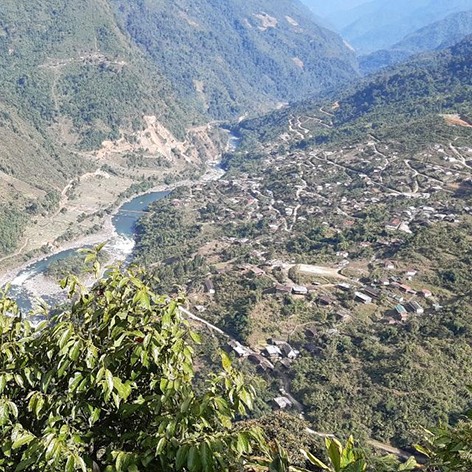 However, these areas do not have proper road connectivity and other modern amenities even decades after the Indo-China war of 1962.

The abduction of five villagers from Nacho area by the Peoples’ Liberation Army (PLA) is  not a new issue as such instances  have already been witnessed in the area some few months ago, but what is alarming is that it is becoming a regular  affair and a threat to the local villagers residing in Nacho and other sensitive areas. Such abduction has led to panic among the residents.

Due to the vast geographical area of Upper Subansiri district, people hailing from border areas like Nacho, Taksing and Limeking face many problems.

It takes at least eight to nine hours to reach the district headquarter of Daporijo for any official work or correspondence with the district administration, even though it is at a distance of 120 km.

The BRO road is mostly in dilapidated condition since many years.

Despite receiving special packages from the central government, including the border area development programme, there is no sign of development of physical infrastructure along the Indo-China border as people continue to live in harsh conditions. The reason could be many, but it is mostly due to lack of effective administration to implement the central schemes in these areas.

There are many centrally and state sponsored schemes in these areas, which are visible on paper, but not physically, due to poor administration as administrators are busy in the towns and focus less on border areas.

Moreover, most of the government employees stay in Daporijo for years. Under such situations many of these areas function without government administrator and the public become helpless. Many schools and public health centres are also without teachers and health staffs in these areas.

People in the area have many times appraised the need for separate administrative centres, including division of the district, especially for areas falling under border areas. The district covers a huge geographical areas and it is often not possible to reach out to all.

Gyadu, Markia, Marging, Piya and many other areas in Giba and Nilling circles of Upper Subansiri district have not seen electricity, drinking water facility and road connectivity even after Independence.

While the Government of India is talking about creating smart cities, many villagers staying in these areas have never seen a motor vehicle or electricity.

Considering the strategic importance of the area, the locals of Upper Subansiri district have apprised the central and state governments for the better road connectivity many times.

They have proposed construction of road via Mebi-Geko at Upper Subansiri to Gerukhamukh at Assam, which will make reaching Itanagar a five to six hour journey. At present, it takes about 13 to 14 hours to reach Upper Subansiri district from Itanagar via Ziro, while also facing deplorable road condition during the entire journey.

Memoranda have been submitted by many CBOS and NGOs of Upper Subansiri district regarding the road project. Union Minister Kiren Rijiju, on several occasions, had received these memoranda and had assured the villagers of fulfilling the dream project. However, there is no headway in the project yet.

Villagers say that the state and central governments are not paying attention to their appeal made since last many years on the construction of shortest road connecting Assam and Upper Subansiri district.

Promises were made by Kiren Rijiju on several occasions, especially during election campaigns to take up the matter seriously but now it has disappeared into oblivion as well.

In the meantime, China has reportedly constructed better road connectivity near the border and the PLA is easily intruding into the Indian side of the border.

The Government of India should prioritize road connectivity in Upper Subansiri district for betterment of local people and national security.