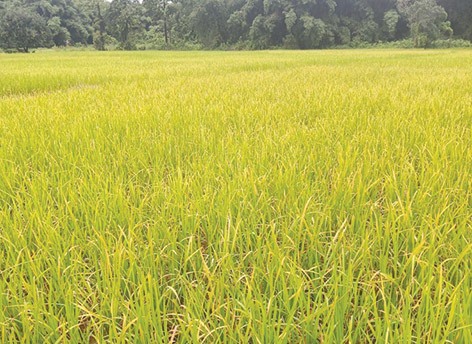 RUKSIN, Sep 8: The farmers of Sille-Oyan circle in East Siang district are worried over large-scale destruction of standing paddy crops by insect pests.

The affected farmers alleged that the district agriculture department has not yet taken any effective measures to prevent pest attacks, despite having been informed of the situation.

“We are helplessly observing the pest attack as we are not given training in pest management.

We are demanding that the authority grant compensation to our farmers against the crop damages,” said Gonir Jamoh, a rural farmer of Sika Bamin village in Sille-Oyan circle.

Officials at the district agriculture department, however, said their field assistants visited the infested fields and have taken up pest control measures.

The officials suggested to the farmers to flush out water from the paddy fields and spray chemical pesticides to save their paddy fields from the bugs. The farmer’s were further advised to adopt traditional pest control methods.

According to officials, the white bug attack on paddy fields has been reported for the first time in the district.

The tiny white flying paddy bugs, which are related to aphids and mealy bugs, attack paddy stems and damage the young plant before the grain is developed.

Officials say that contrasting weather with high humidity is favouring the insect pests to grow rapidly and create terror in the rice fields.