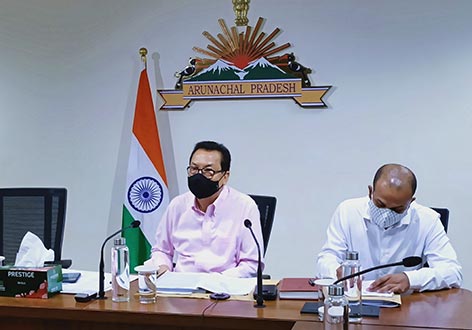 The DCM’s direction came following his participation in the 42nd GST Council meeting held on Monday through videoconference. The meeting was chaired by union Finance Minister Nirmala Sitharaman.

It is noteworthy that Arunachal has not been eligible for GST compensation as the GST collections of the state have steadily been above the threshold of protected revenue. (DCM’s PR Cell)