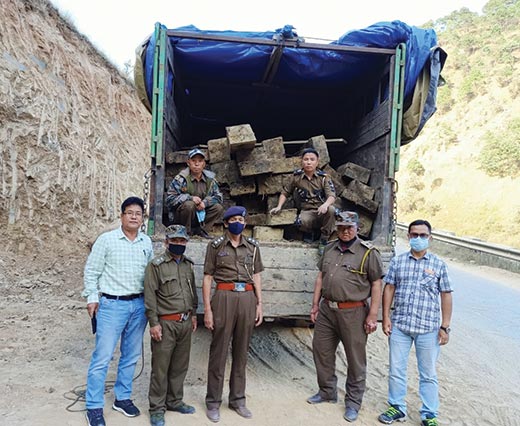 The drivers of the vehicles fled on seeing the forest patrol team. Both the trucks, loaded with approximately 900 cft of A-IV class timber, have been seized and the forest department has launched an investigation to unearth the network of timber smuggling in the district.

It is worth mentioning that a combing operation was carried out recently in the forest in Sajolang, which resulted in the seizure of a huge quantity of timber.

The DFO urged the people to desist from carrying out any illegal activities in the forest areas and instead “cooperate with the department in protecting the open wealth.”

He warned of stern action against anyone who is directly or indirectly involved in illegal timber trade in the district, and urged truck owners to not allow their trucks to be used for transporting timber without a valid transit pass.