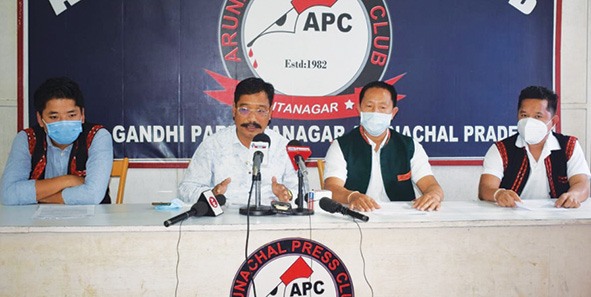 Addressing a press conference here on Wednesday, the union also demanded that the construction agency “wind-up the project by December 2020, especially the Yembung bridge of Package-IV under NH-13, which has been lying incomplete since the project was initiated way back in 2010.”

“The public of the Siang belt have been seeking restoration of NH-13 for improved connectivity and smooth flow of traffic,” ABKYW president Joluk Minung said, while claiming that “the blockage and debris on the roadside, caused by landslides that occurred in the past three years, are still lying unattended”.

“On 21 October, a memorandum was submitted to the chief secretary and highway chief engineer regarding the matter, but not a single block point has been cleared,” Minung claimed.

The union also cautioned that it would resort to “a democratic movement” if the government and the constructing agencies fail to meet its demands within the given time period.