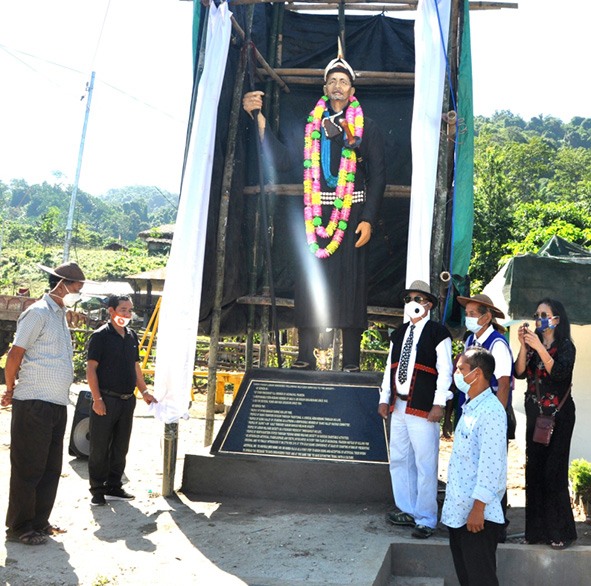 Popularly known as Pedong Kenbo, the former head gaon burah had passed away on 26 October, 2019 in Aalo.

Considered a messenger of peace and communal harmony throughout his life and a pioneer in traditional and judicial keba, late Lobom was instrumental in calming down communal riots among tribes and was engaged as a peace messenger in 2004 by then DC SD Vaidya.

Late Lobom had served as a Panchayati Raj member of Arunachal Pradesh. He was also the founder president of the Lobom Welfare Society in 1953.

Speaking on the occasion, Karga said that “the statue is not only a symbol of his achievements, but a symbol of the love that children have for their parents.”

HGB of Logum Jini and others spoke on the life history of late Lobom and observed one-minute silence as a mark of respect to the departed soul. His family members, relatives and well-wishers also paid floral tributes. (DIPRO)