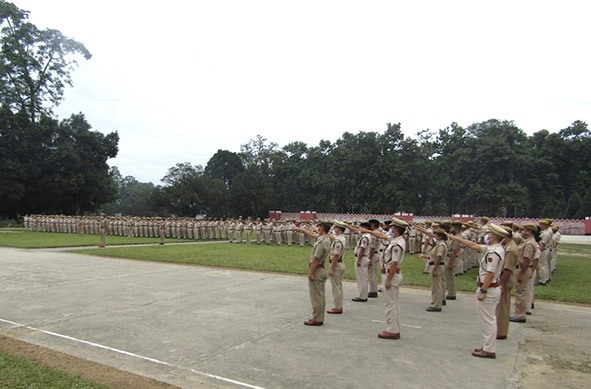 BANDERDEWA, Oct 31: The Arunachal Pradesh Police (APP) took a pledge to serve for the unity of the nation during the National Unity Day (Rashtriya Ekta Divas) programme held at the police training centre (PTC) here on Saturday.

APP personnel also presented a parade on the occasion.

The pledge was administered in all other districts of the state, including at the ICR SP’s office and the CO battalions, while events like ‘run for unity’ were organized in Ziro in Lower Subansiri and Raga in Kamle district. Shramdaan was organized

at most of the district and battalion headquarters.

The National Unity Day is observed on 31 October every since 2014 to mark the birth anniversary of Sardar Vallabhai Patel.

INC leaders and workers paid floral tributes to both the departed leaders and spoke of the work done by them for the wellbeing and development of the nation.

The day was also observed as ‘Kisan Adhikar Divas’ by the Congress.

Speaking on the three farmers’ bills passed by the parliament, former minister and APCC vice president Bosiram Siram said that “we feel that the demands of the farming community were not properly understood and considered, and the bills would be injustice toward the farmers.”

Later, Siram spoke on the life and works of Sardar Patel and Indira Gandhi.