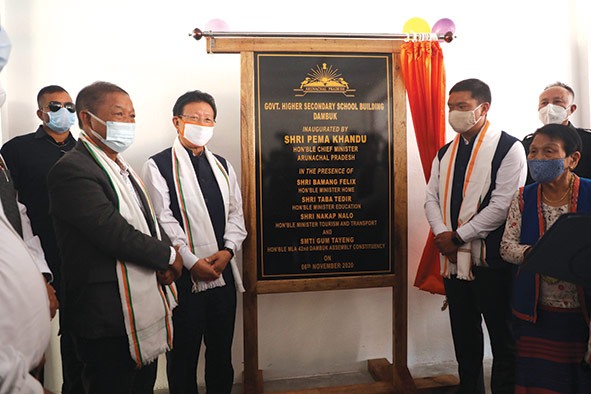 The CM assured to provide fund to the school for a 100-bedded hostel, auditorium, link road, etc, in the next financial year.

Later, Khandu attended the inaugural function of the documentation centre of the Research Institute of World’s Ancient Traditions Cultures and Heritage (RIWATCH) in Khinjili.

This was followed by the release of a book, Harmony in Designs in Arunachali Textiles. A brief overview of the RIWATCH was presented by its executive director Vijay Swami.