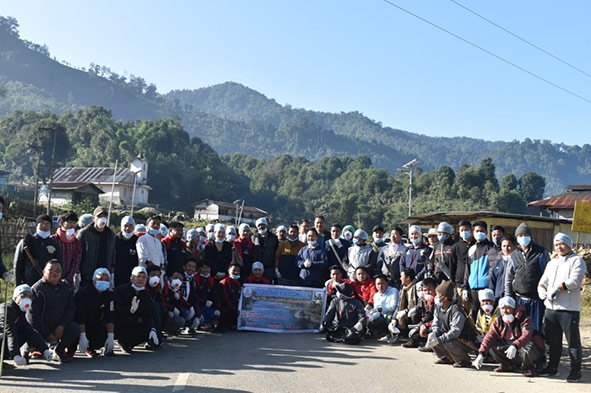 PAKKE-KESSANG, Nov 8: The All Pakke-Kessang District Students’ Union (APKDSU) conducted a cleanliness drive in the township area of Pakke Lemmi on Saturday.

APKDSU president Nera Gumo informed that the drive was necessitated to instill civic sense among the residents, considering the haphazard dumping of wastes in the township area and in the Pakke river.

In a representation to the district administration, the union said the river’s banks are full of garbage, “causing a huge environmental impact and health-related issues on the people living nearby the river.”

The union urged the administration to issue an order banning dumping of garbage in the river. It also said that the business establishments in Pakke-Kessang, particularly those located near the national highway, have failed to place dustbins outside their shops and hotels.