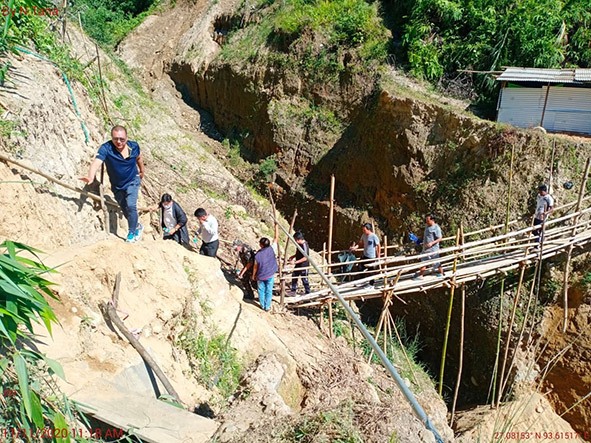 ITANAGAR, Nov 11: The Public Works Department (PWD) has begun work on restoring the Ganga to Jullang road near here.

During the last monsoon, a culvert and around 100 metre of road was washed away, cutting-off the road connectivity between Ganga and Jullang.

According to a PWD official, the structure has been designed by Chief Engineer SID & P, Atop Lego, in collaboration with the Maccaferri India Group.

“The department has tentatively set a target of January next year to complete the work provided the weather supports,” said the PWD official.

Meanwhile, on Wednesday, the advisor to PWD, Phurpha Tsering visited the damaged site and took stock of the damage caused to the Itanagar-Jullang-Papu road.

He was accompanied by Chief Engineer (Highway) Kuru Sera, EE CD-B Tarh Gongkap and his team.