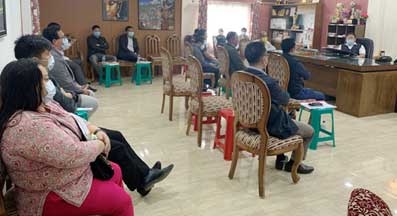 Stressing that the preparation for the election is going on in full swing, the DC urged them all to gear up for their roles, and to give their best effort for successful completion of the election.

The election to the IMC will be held for 20 wards across 67 polling stations.

Talom Dupak, all administrative officers and other officers attended the meeting. (DIPRO)