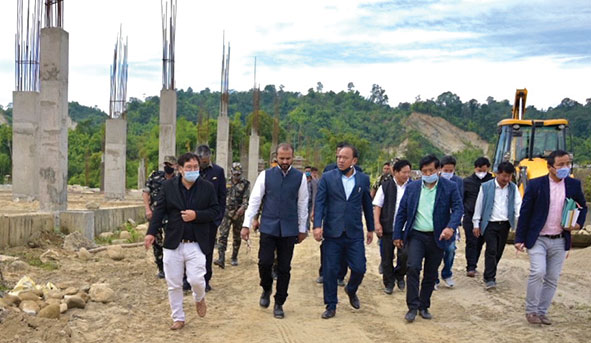 The minister, who was accompanied by SYA Secretary Anirudh Singh, the SYA director, the principal of SLSA, and a team of engineers from the UD department and the technical wing of the sports department, expressed gratitude to Chief Minister Pema Khandu “for donating a vast plot of land in the greater interest of the sports fraternity and the people of the state.”

Recalling the contributions of the former chief minister, Natung said, “This academy is the best tribute to late Dorjee Khandu.”

He also discussed the issues of encroachment, boundary walls, protection walls and approach road, including the need for a Bailey bridge, and directed the SYA secretary to “examine them to put proposals at the earliest.”

The academy will have state-of-the-art infrastructure and have a seating capacity for 1,000 persons. It will have eight courts. It will also have a provision for separate boys’ and girls’ hostels inside the 20,700 sq metre campus.