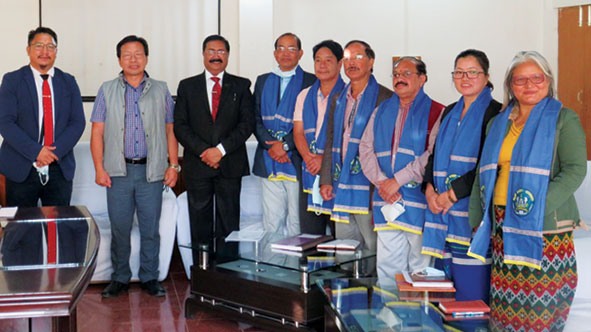 RONO HILLS, 8 Dec: The state government is all set to start two new nursing colleges in the state – one each in Naharlagun and Pasighat – offering BSc (nursing) programme with RGU’s affiliation and recognition of the Indian Nursing Council, New Delhi.

Prof Kushwaha commended the move and advised the team to work for overall growth of medical education in the state.

RGU Registrar Dr NT Rikam spoke about the role of the university in producing human resources, while Joint Registrar Dr David Pertin briefed the delegation on the functioning and administration system of RGU vis-à-vis affiliated colleges.