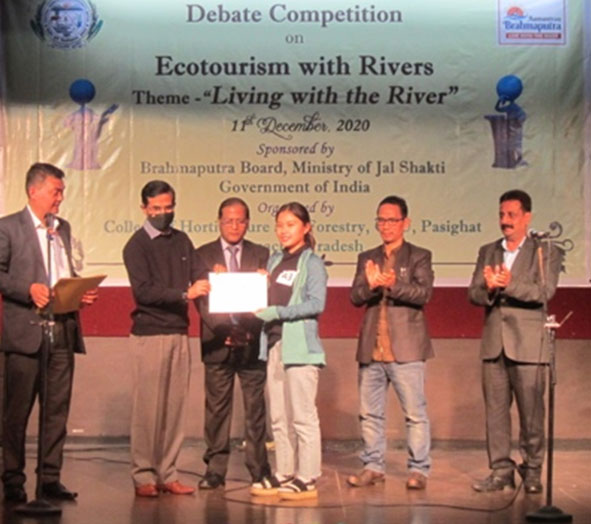 PASIGHAT, 11 Dec: Mumdi Pertin of the College of Agriculture here was declared overall champion of a debate competition on the topic ‘Ecotourism with river’ with the theme ‘Living with the river’, which was held at the College of Horticulture & Forestry (CHF) here in East Siang district on Friday. Pertin spoke against the motion in the competition.

Oyimang Tamuk of the CHF and Montak Mongku of AYANG Foundation, Pasighat, who spoke for the motion, secured the second and third position, respectively.

Ten debaters from different institutes and organizations of East Siang district, speaking for the motion, explained the importance and significance of ecotourism and its numerous benefits in terms of employment generation and conservation of the environment.

Nine contenders spoke against the motion, justifying their viewpoints and countering the opponents.

The debate competition was organized by the CHF and the College of Agriculture here, in collaboration with the East Siang district tourism department, as part of the ‘Brahmaputra Aamantran Abhiyan 2020’. It was sponsored by the Brahmaputra Board of the union jal shakti ministry.