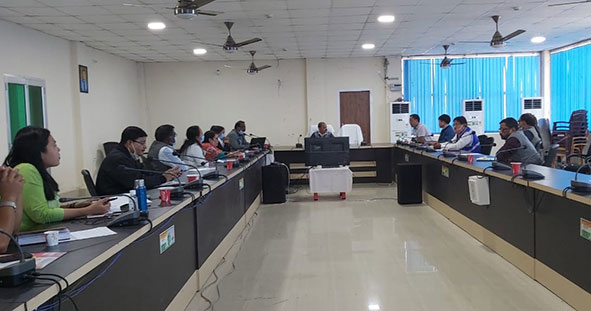 DC RK Sharma, who chaired the meeting, said that the meeting was being held to implement the Pradhan Mantri Kaushal Vikas Yojana, as well as other skill development programmes in the district.

He stressed on the importance of skill development in the face of increasing unemployment in the district and the state as a whole. “Being an aspirational district, it also plays a very important role in key performance indicator in district ranking,” the DC said.

ADI BR Dey briefed about the functioning of the DSC, saying its task is to mobilize, provide counselling, and enlist candidates from time to time for effective implementation of skill development programmes. He presented the DSDP for Namsai.

The committee also discussed the proposed district skill nodal centre at the government polytechnic institute here, and unanimously approved all the provisions in the DSDP. (DIPRO)