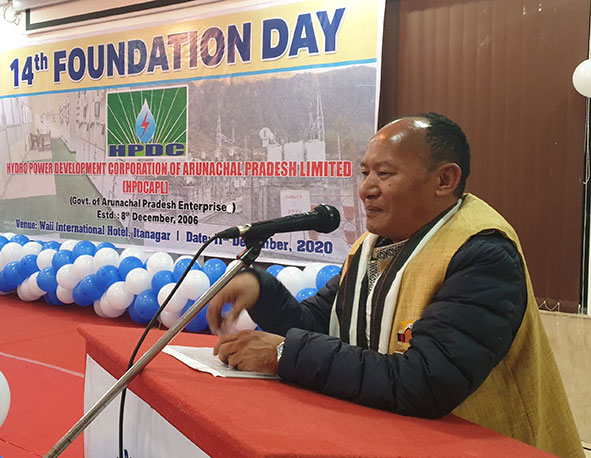 ITANAGAR, 11 Dec: The advisor to the power and hydropower departments, Balo Raja has said that the state government is seriously working to revamp the hydropower sector in the state.

is planning to make the best use of the hydropower potential of the state.

“The recent visit of secretary power, government of India, is a step in this direction. Everyone will have to work as a team in order to truly realize the hydro potential of the state,” said Raja. He said he would play the role of a “bridge” between the HPDCAPL and the chief minister to expedite the important projects.

HPDCAPL Chairman Toko Onuj informed that the corporation is now concentrating on small hydropower projects. “These projects take less time and do not affect the environment. We are planning such projects in all the districts of the state, so that every district is power sufficient,” said Onuj.

He also said that the HPDCAPL’s first 3 mw project in Zemithang in Tawang district will be commissioned soon.

“Even though it has not been formally inaugurated, the power supply to Tawang district has already started from Zemithang,” he said.

The chairman added that the DPRs of 17 projects are ready and the corporation is looking for funding sources.