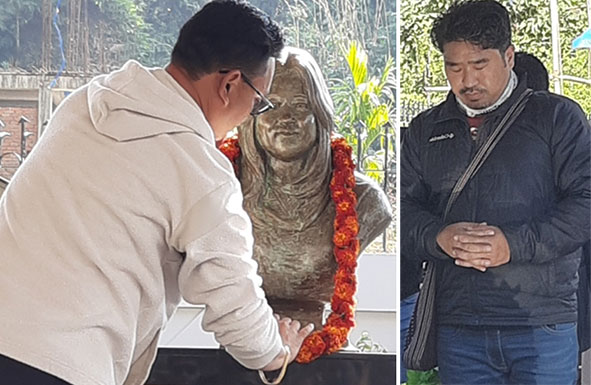 She left for her heavenly abode while undergoing treatment in a private hospital in Chennai, leaving her near and dear ones at the age of 39 last year.

“On her arrival in Itanagar, she (Mepung) with her unique personality created the charisma to endear one and all. Though she was not holding any position, the gathering is proof her immaculate personality,” Kumar said.

Earlier, Mangfi released albums, Jahan Bhi Raho Kush Raho and Miyang Ketak Doh in Nyishi. Punka Cheda is the singer, while the music is by Sagar Nai and lyrics by Sahi Dahiya. It is produced by Chopa Cheda & Gyadam Abo Production.