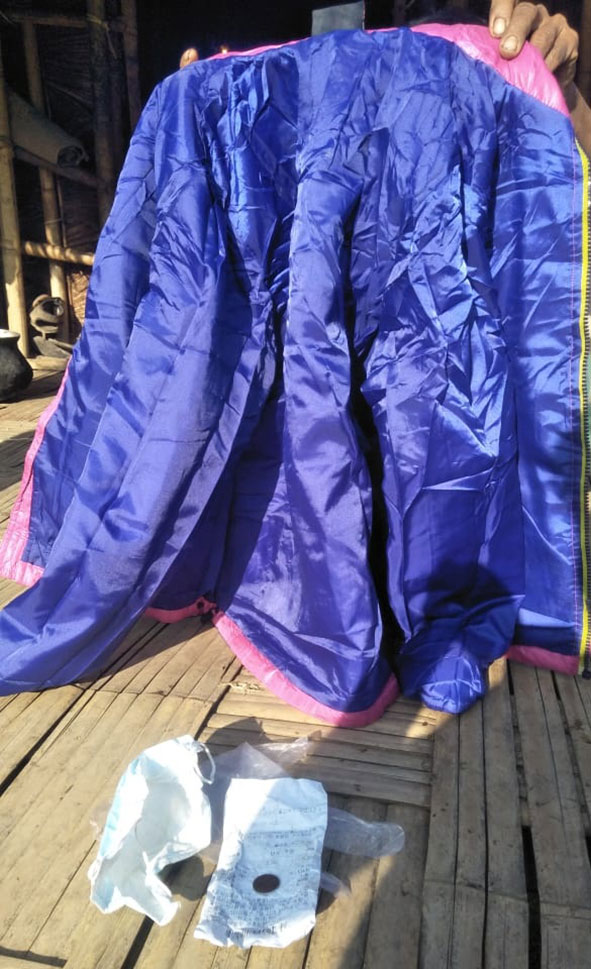 ITANAGAR, 20 Dec: The Longding District Students’ Union (LDSU) has taken strong exception to the alleged distribution of used winter jackets among the villagers of Pongchau Wakka assembly constituency in Longding district ahead of the panchayat election as ‘Christmas gift’.

The LDSU claimed that the items were distributed among the people with the intent to woo voters as there is no record of distributing such items as Christmas gifts to the villagers in the last 25-30 years in the constituency.

Speaking to this daily, LDSU finance secretary Sanpha Wangsa said that truckloads of used jackets were distributed among the people.

Various things, like pieces of cloths, used masks, plastic gloves, foreign coins, money receipt in foreign language, etc, were discovered from inside the pockets of the used jackets, he said.

“When enquired about the sources of the items, the people informed that

Ngunkhaw Ngandam, wife of RWD Minister Honchum Ngandam,” had sent the items to the villagers as ‘Christmas gift’,” the student leader said.

Stating that distribution of such items ahead of the panchayat election is an unhealthy practice, the union demanded appropriate action against the wrongdoers.

“We strongly condemn such cheap initiatives undertaken by responsible individuals, risking thousands of lives of innocent people who are not aware of the consequences Covid-19 pandemic,” the union said.

The union said it has also lodged a complaint with the chief minister in this regard, demanding necessary action against such unhealthy development in the area.