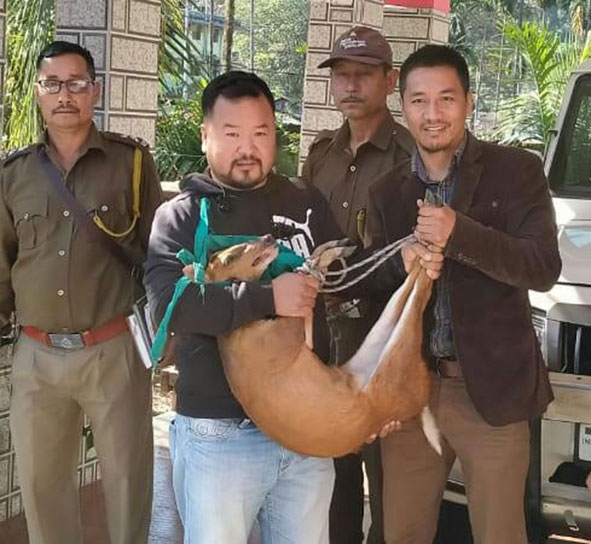 ITANAGAR, 21 Dec: A year old male barking deer was handed over to the forest department by Sanjay Libasow, former BJP mandal president of Bhalukpong, on Monday.

Libasow had rescued the deer from Ramda village in West Kameng district when it was about a month old, and raised it at his home.

The deer was handed over to Pakke Tiger Reserve Range Officer Kime Rambia.

“As the deer looks healthy and fit, it will be released in Pakke after some acclimatization,” he said.