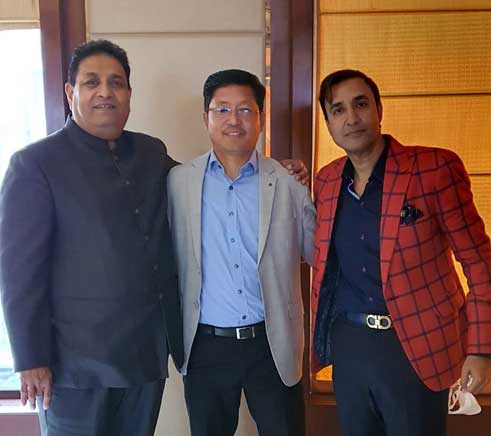 NEW DELHI, 5 Jan: Niapung Konia of Arunachal Pradesh has been elected as one of the vice presidents of the All India Chess Federation (AICF) on Monday.

Konia is among the six vice presidents of the AICF, including DP Anantha, Bhavesh Patel, Vipnesh Bharadwaj, Ajay Ajmera and PC Lalianthanga, who were elected through online elections held on Monday.

With the AICF imbroglio lasting over a year and a half, the  election on Monday ended with the Bharat Singh Chauhan faction trouncing outgoing president PR Venketrama Raja by 12-3 in the online elections.

Chauhan gained another term as the secretary by beating his old-time companion Ravindra Dongre 34-29.

Sanjay Kapoor, who entered the fray for the post of the president at the last minute after switching sides, defeated Raja 33-31.?

For the post of the treasure, Naresh Sharma received 34 votes to dethrone Kishor M Bandekar who got 30 votes.??

Riding on the solidarity shown by the north-eastern states, among other factors, Chauhan’s team won five of the six posts for vice-presidents and four of six posts of joint secretaries.