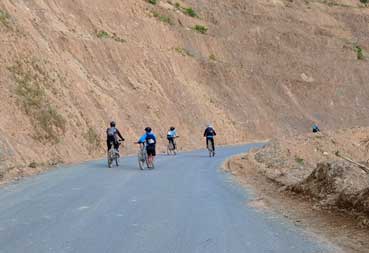 ITANAGAR, 6 Jan: The Itanagar Cycling Meet (ICM) organized a bicycle ride from Itanagar to Tirbin and back, covering a distance of 700 km in seven days.

Seven riders, including two females participated in the tour.

“This is the first group endurance tour in the cycling history of Arunachal Pradesh,” said the ICM in a release.

The elevation level of the tour ranged from 300 feet in Assam to the highest point of around 8500 feet above mean sea level in the Garu Top of Lower Siang district.