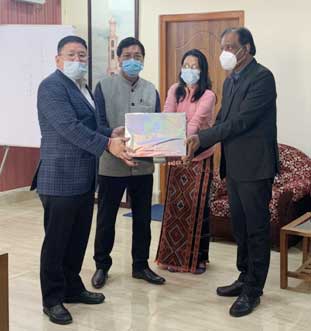 ICR DC Komkar Dulom on Thursday received four ventilators from SBI AGM DK Mahato, in the presence of SDO Sangeeta Yirang, DMO Dr M Perme and officers from the Itanagar SBI branch. The DC thanked the SBI officials and acknowledged their contribution in the fight against Covid-19. Later, the DC handed over the ventilators to the DMO. (DIPRO)