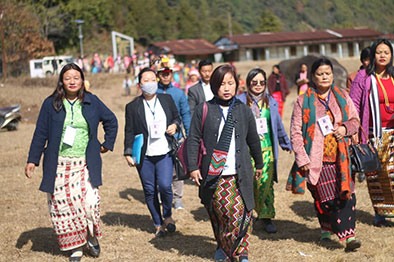 PARANG, 18 Jan: A legal awareness programme was organized for women and girls by the Arunachal Pradesh State Commission for Women (APSCW) in coordination with local administration of Sagalee subdivision and APWWS Parang unit at the community hall of the government secondary school here on Monday.

During the programme, the APSCW team, led by its Chairperson Radhilu Chai Techi, interacted with womenfolk there and created awareness on various issues pertaining to women empowerment and various privileges under the legal system.