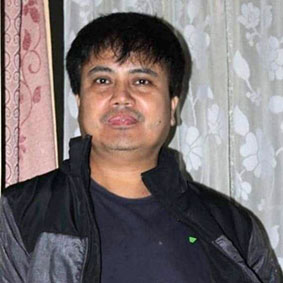 Morang apparently died of a cardiac arrest, but the cause of death can be ascertained after the postmortem.

Earlier on Tuesday afternoon, DDK Itanagar officials tried contacting Morang, following his absence from the office, and upon no response they visited his official quarters here.

However, failing to get any response from him, the visiting DDK Itanagar officials broke the door lock and found Morang dead on the floor.

Later, the police visited the site and took late Morang’s body for postmortem after formal inquiry.

Morang, a permanent resident of Bordumsa in Changlang district, was staying alone at his official quarters here. He was about 50 years old and is survived by his wife.

DDK Itanagar officials informed that late Morang had joined DDK Itanagar in 2016 as director of its engineering wing and was also appointed as the head of DDK Itanagar. They remembered late Morang as a dedicated officer and a humble human being.