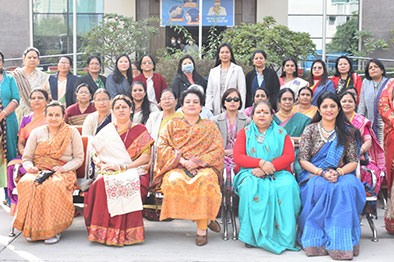 During the meeting, the APSCW team interacted with various other State Commission for Women who shared their view points on various topics and problems faced by the women in their respective states.