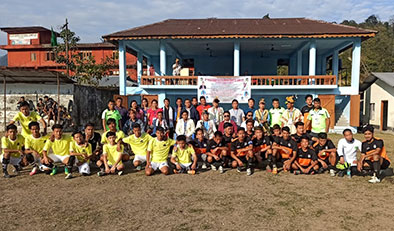 Addressing the gathering, Kena advised the players not to indulge in illegal activities and avoid alcohol and tobacco addiction. He also encouraged the players to work hard, so that they may play at the state level too.