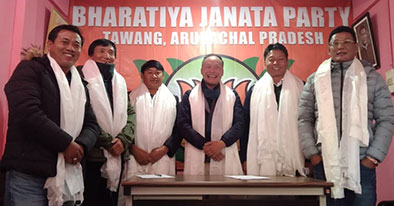 The ZPMs swore allegiance to the party and pledged to work hand in glove with the party for the welfare of the region. (Mon Tawang Vigilance)