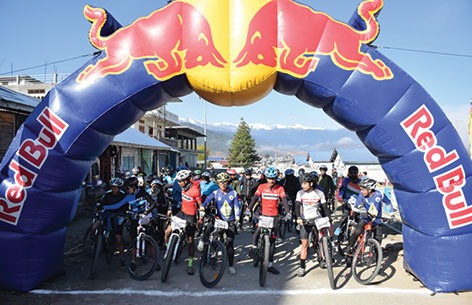 Ali took 2 hours and 45 minutes to cover 45 km and win the competition.

Tajum Dere, a local rider, and Bommo Riba from Aalo in West Siang district came in the second and third position in the men’s category with timings of 2 hours and 53 minutes and 3 hours and 11 minutes, respectively.

“The route of 45 km offered all the elements that a cyclist could ever hope and it was a test of skill, strength, stamina and endurance. The maximum alleviation was 8000 ft above the sea level,” the organizers said in a release.

The event was organized jointly by the Arunachal Amateur Bicycling Association and Menchukha Cycling Club under the patronage of Legislative Assembly Speaker PD Sona and sponsorship of local entrepreneurs.

The event was flagged off by Shi-Yomi SP G Dajangju from Mechuka square.

In total, 35 cyclists, including five female riders from Assam, Meghalaya, Rajasthan, Karnataka and Arunachal Pradesh participated in the race.